A clinker built double ender in the traditional Navy style

I had been talking to a customer at Boat Books where I worked about the problems of the world and what we could do to set things right, all the usual gripes about politicians, lawyers, and petty bureaucrats, you know the sort of thing.

My new friend told me that he was keen to establish a boat based outdoor youth training course to help change the ways of some of the local kids and had considered building a pair of brand new Naval Whalers.

Now the cost of one of these today is staggering and way beyond the budget that he could raise, so we sat down and worked out the key features of the clinker built 27ft Naval Trainer and I went home to translate those thoughts into a form both affordable and buildable by volunteer labour.

So, after a few months of phone calls back and forth plus occasional work at the drawing board, the 6 Metre Whaler emerged as you see here. Based upon the very successful yawl rigged version of the Navigator cruising dinghy, using the same simple plywood lapstrake over web frames and stringers structure. Traditional in her appearance, double ended, with two masts, and with enough sheer to be really pretty, she needs only about NZ $4000.00 worth of materials and about 220 hours of (competent) labor to complete a very nice little double ended craft which really looks the part.

She has a pair of straight alloy tubes as masts, the same sprit booms and proportions of sails as Navigator. There are three rows of reefs in the main, and if the weather requires, she will still balance under main only, or under jib and mizzen only, which gives lots of choices as the wind increases in strength. All spars fit inside the boat to reduce windage when rowing and making stowage when training much easier.

An outboard motor is inconspicuous in its well under the aft deck, and there is a steel centerboard that makes her well suited to the shallow harbor and estuaries where she will be based. But that ‘board’ is 85 kg of steel to steady her under what is in fact a powerful rig for her weight. Responses from owners tell me she is a a very fast boat under sail. And in case of really over-doing it, there is enough buoyancy built in to keep all of the occupants afloat while she is bailed out.

As a daysailer, one or two can handle her easily. I like these big open boats for the sheer feeling of space and comfort available in a relatively small boat, and it is in this role that the 6 Metre Whaler is most popular. There are quite a number now sailing as dayboats. One small group is chartering a couple and several are being used very successfully as cruising dinghies.

Just think of yourself gliding into a grassy bank at the head of an estuary somewhere, Partner at the helm while you stand by the mainsheet, number one Daughter up forward with the anchor line ready to pile ashore and tie up while small Son sits on the tent and groundsheet strapped in alongside the centrecase. You don't have to be home until Sunday night, and are looking forward to a weekend under canvas, voyaging during the day to as yet unknown channels, beaches and shellbanks, searching for the spirits of Susan, Tim and the rest of the Swallows and Amazons. 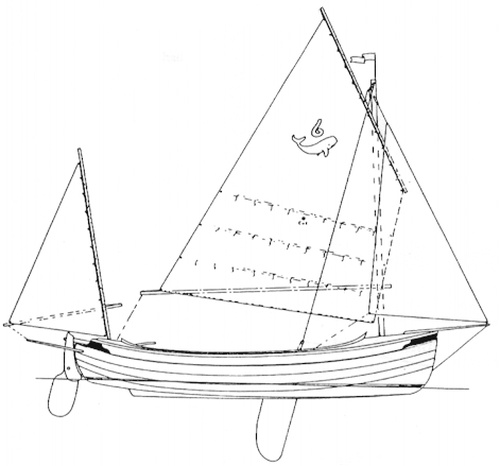 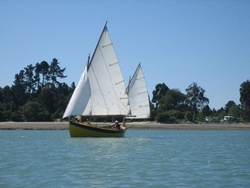 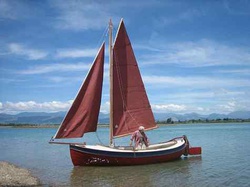 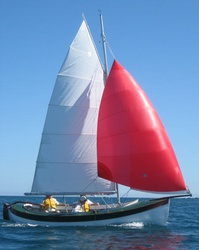 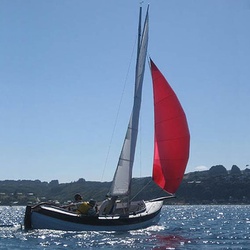 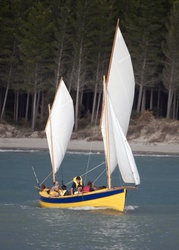 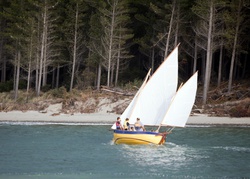 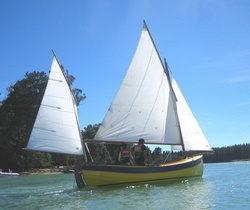 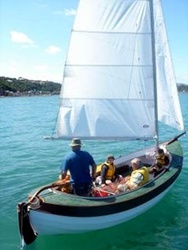 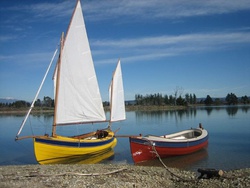 Two 6M Whalers at the beach 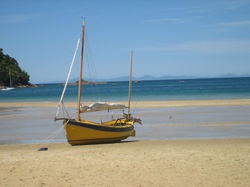 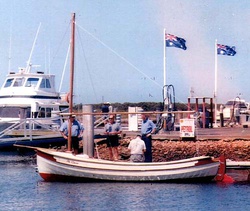 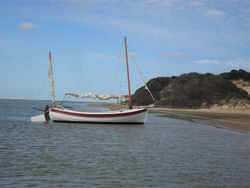 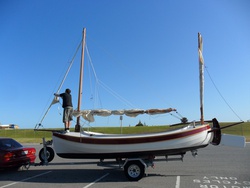 6M Whaler on the trailer 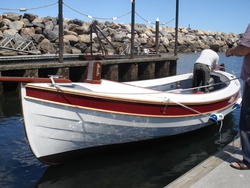 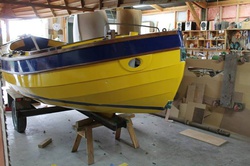 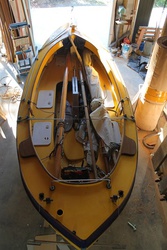