STRIDER is the most popular of our trailable catamarans as it offers a good compromise between speed, accommodation and low cost.

Striders are very good sea boats and have competed successfully in tough offshore races. A racing version, the Turbo, with wider beam, increased rig size, rotating mast etc. is available for those who's aim is to race at the highest level or who sail in a very light wind area.

The 4 berth interior layout is as on the Shadow. 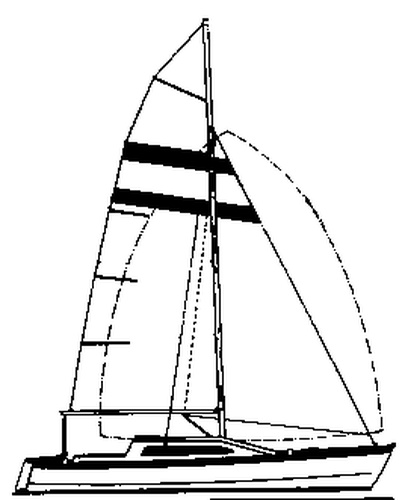 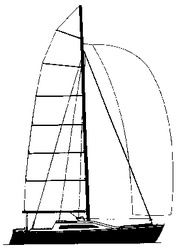 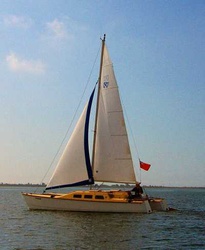 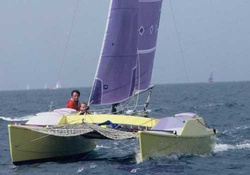 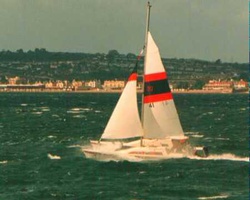 Sailing with one reef 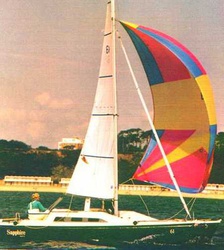 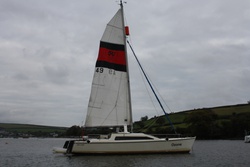 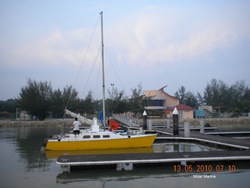 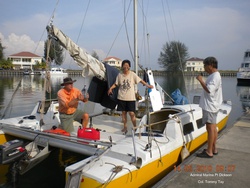 Strider at the dock 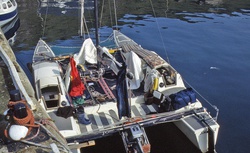 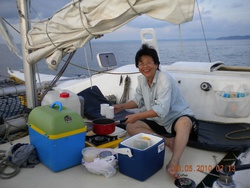 Making coffee on deck of the Strider 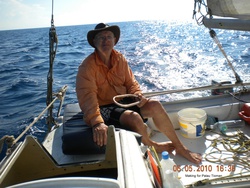 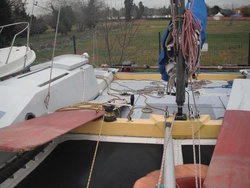 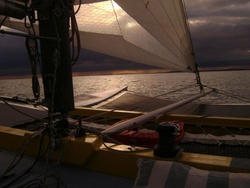 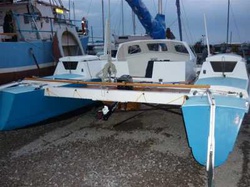 Strike cabin as an open cuddy 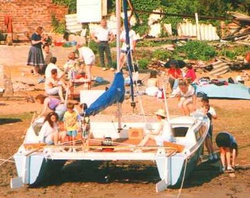 Strider on a beach 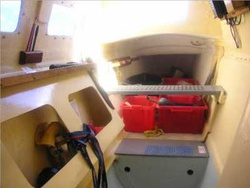 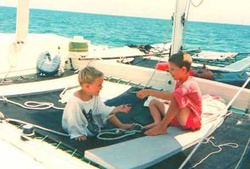 Two boys at deck of the Strider 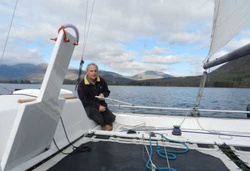 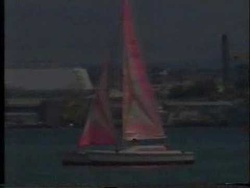 Strider sailing on Derwent Water
Richard Woods sailing a 24ft Strider Turbo catamaran on Derwent Water in the Lake District of England with his sister. This was the first time he had sailed this boat in 25 years. He won the Micromultihull European and National Championships in this boat in 1987.

First time sailing Strider Richard Woods
2011 changed from a windrush 600 to a wooden Strider. Designed by Richard Woods. This is a wide version, 5,3m instead of the standard 4.3. She sails lovely. She will need some TLC to get her completely to our liking.

Strider Richard Woods Sarah sailing 2011
Sailing upwind. When we started it was 6bft hence the reef. Still getting used to her. But she definitely grows on you. 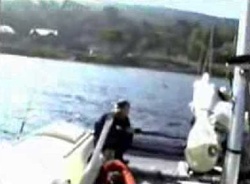 Woods Strider Turbo The first 2-Blue
We set sail from Largs Marina in a rising breeze and headed for Rothesay bay where we had some fast exciting sailing. We then headed over to Kilchattan Bay moorings for lunch before the long motor back between the Cumbrae Islands to Largs Marina.

Catamarans about same size as Strider